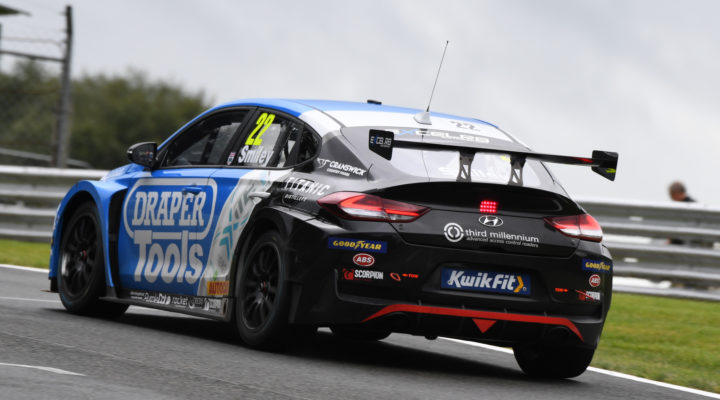 EXCELR8 Motorsport has silverware in its sights at Snetterton this weekend (24/25 October), as the team bids to take full advantage of its testing experience around the Norfolk circuit – scene of its first Kwik Fit British Touring Car Championship points last year.

Based just 12 miles from the track, EXCELR8 put the new Hyundai i30 Fastback N Performance through its paces at Snetterton during the pre-season build-up, making it one of the few circuits at which the team has an existing bank of data with the car.

The squad then returned to the venue – alongside the rest of the BTCC grid – to contest the two-day Goodyear tyre test in July.

Chris Smiley and Senna Proctor are hoping to put that prior knowledge to good use this weekend, as EXCELR8 aims to climb the leaderboard in the Independent Teams’ standings from the fifth position it currently occupies.

The Northern Irishman achieved a top three finish at Snetterton last year, and he is targeting more trophies this time around.

“I’m excited, as it’s the only track we’ve tested the Hyundai at before racing around,” Smiley said, “so we should be up for a good run this weekend. Last year I picked up a lot of good memories at Snetterton, including a podium, and I’m determined to repeat that this weekend.”

After fighting his way through the field at Croft last time out following a ride-height failure in qualifying, Proctor is hopeful of a more straightforward run this weekend.

“It’s great to be back at Snetterton,” the Yorkshireman enthused. “It’s a place where straight-line speed is going to be key and I hope the Hyundai performs strongly. Hopefully, we can build on our performance from Croft.”

The penultimate qualifying session of 2020 can be watched at itv.com/btcc today (Saturday) at 14:10, with all three races being broadcast live tomorrow on ITV4 from 10:05.