HILL CLIMBS TO THE TOP DURING SNETTERTON FREE PRACTICE 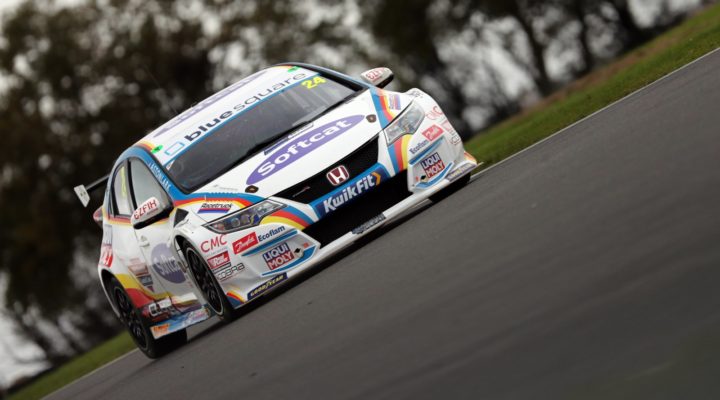 Hill has regularly featured at the sharp end during the 2020 campaign – particularly in practice and qualifying trim – and the young Kent-based driver again proved himself as one of the fastest drivers in the field.

“The car’s working well, the team’s working well. We’re just doing our job and as you can see we’re in a strong place,” said Hill.

“It’s a case of what could have been for this year; I’d have loved to be in the top four fight for the championship but we’re not. Sometimes that proves to our advantage for the end of the year because, to be honest, I’m not fussed.

“I’m going for wins and podiums and as we saw at Croft with certain championship contenders getting in a fight with me, it’s their choice. I’m going to stick to my guns and go out for wins and if they want to try and fight then that’s fine.”

Like Hill, both Adam Morgan (Carlube TripleR Racing with Mac Tools) and Michael Crees (The Clever Baggers with BTC Racing) left it late to set their best lap times in the session as they surged into second and third respectively.

A quartet of title contenders were next in the order as Colin Turkington (Team BMW), Rory Butcher (Motorbase Performance), Dan Cammish (Halfords Yuasa Racing) and Tom Ingram (Toyota Gazoo Racing UK with Ginsters) all look to make up ground on standings leader Ash Sutton during this critical penultimate race weekend.

“We’re 29 points off so we’ve still a lot to try and get back, but we went well here last year,” confirmed Ingram. “We had a pole position and won the first race so it’s a circuit I enjoy and it’s a circuit the car goes well at. But we’ve got to start looking to attack now as we need to make up the deficit.

“I can only do what I can do, I’ve no control over what anyone else is doing so I’ll just do my own thing and focus on our job.”

Laser Tools Racing’s Sutton had to settle for tenth in his ballast-laden Infiniti Q50, slotting in behind BTC Racing’s Josh Cook and Team BMW’s Tom Oliphant as the chequered flag fell.

There was only one minor stoppage during the session when series returnee Ethan Hammerton spun in the Trade Price Cars-run Audi S3, but collectively it was an extremely busy period on-track with a total of 441 laps and more than 1,300 miles of the Snetterton 300 layout completed.

Jack Goff was the only driver who failed to set a lap time with the Team HARD squad hitting mechanical problems early on, whilst debutant Paul Rivett completed 20 laps in the GKR TradePriceCars.com Audi – the most of any driver.

The cars and stars return to action at 1415 for the new look ‘Snetterton Top Ten Showdown’ format, which is arguably set to become the most crucial qualifying session of the season as the title race continues to hot up.

Lap times will be reset ahead of the showdown… all ten cars can be on-track together and there is no limit on the number of laps completed during the ten minutes. The final order during the ‘Top Ten Showdown’ will determine places one to ten on the grid for Sunday’s opener.

All the action will be streamed live and exclusively via www.itv.com/btcc.