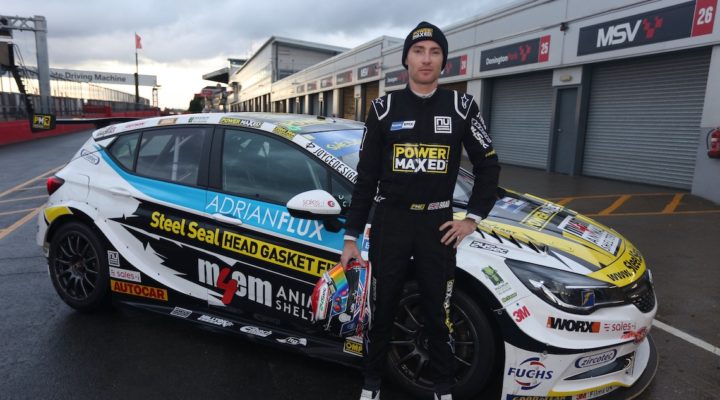 Philpot, who tested one of PMR’s race-winning Astras in October, will have his first competitive BTCC drive on Brands Hatch’s Indy circuit during the 2020 season finale.

The 34-year-old Bedfordshire racer, has earned a reputation as a strong front-wheel drive racer in Europe competing for Peugeot on the famous Nürburgring Nordschleife, with a career highlight of back-to-back Championship titles in the Peugeot 308 Touring Car in 2018 and 2019.

“Brad certainly has the pedigree necessary to challenge a number of BTCC drivers once he gets some experience under his belt and has a number of front-wheel drive titles to his name,” said Adam Weaver, Team Principal.

“We’ve been limited by the amount of testing he’s been able to cover in the Astra, but we know the car is fast and has given everyone who has driven it this year the opportunity to push forward in what’s known to be one of the toughest championships in the world. We’re looking forward to seeing what he can do at Brands.”

“I’ve had my sights set on BTCC for a long time and I’m delighted to be making my debut with such a well-respected and successful team as PMR,” added Philpot. “It’s great to be racing back in the UK at Brands Hatch for the season finale, and I’m confident we can deliver a strong performance to round off the year on a high.