SNETTERTON GIVES GKR TRADEPRICECARS.COM ‘SOMETHING TO BUILD ON’ 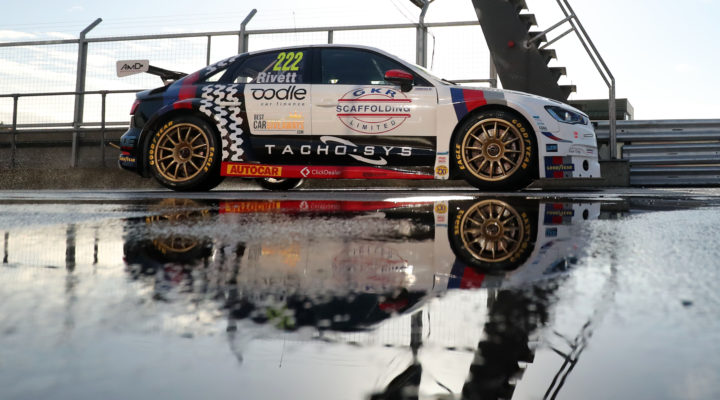 The penultimate event of the 2020 Kwik Fit British Touring Car Championship saw GKR TradePriceCars.com enjoy a weekend of progress at Snetterton, despite its all-new driver line up not bagging any points at the Norfolk circuit.

Multiple Clio Cup champion and BTCC rookie Paul Rivett partnered series returnee Ethan Hammerton for the eighth race meeting of the revised calendar, as 20-year-old Hammerton was drafted in to replace team regular Bobby Thompson who was ruled out with concussion following his accident in race three at Croft.

The Essex-based team found its first hurdle of the weekend would take the form of the 45kg new driver ballast onboard both the Audi S3s throughout practice, qualifying and the opening race.

With just one free practice session rather than the usual two, Saturday morning was all about getting much needed time on track, with Rivett ending up with the 21st best time and Hammerton in 26th on what was his first run in the car.

Come qualifying – held, like practice, in challenging cold conditions – both drivers went noticeably quicker than they had done earlier in the day, with Rivett improving by over a second to end up in 20th place, and best of the four new drivers carrying the additional weight.

Hammerton meanwhile would go almost two seconds quicker than he had done in practice to end up 25th on the grid, as both drivers headed into race day in confident mood.

The opening race of the weekend passed without major drama for either driver, with both being able to make up places from their starting position.

A solid start for Rivett saw him move up into 19th spot on the opening lap, and that was where the multiple Clio Cup champion would finish – despite briefly managing to get up into 18th. It meant he was, once again, best placed of the four drivers carrying new driver ballast.

Hammerton stayed out of trouble to cross the line in 24th place as he continued to get up to speed in the Audi, with hopes high of both drivers battling further up the grid with the additional weight removed for race two.

A poor start saw Rivett drop down to the rear of the field for the second contest before contact in the pack resulted in the 42-year-old settling for 23rd place.

In contrast to his team-mate, Hammerton made solid progress across the 14 lap encounter, improving his quickest lap by nearly two seconds as he took the flag in 19th spot – making up two spots on the final lap to secure his best result in the series to date.

Race three saw a storming start for Rivett, as he made up places on the run through turn one, but both Audis went on to lose out in skirmishes at turn two, which saw them slip back down the order.

The pair fought back, however, with Rivett coming through to 21st at the finish and Hammerton following him home in 22nd.

The team will now head into the season finale at Brands Hatch next month seeking to end the campaign with a solid performance on home soil, with hopes high that Thompson will be able to return to action to fight for the Jack Sears Trophy, where he now sits 23 points off the lead.

“I think it was always going to be tough to step in and set the time-sheets alight with no time in the car, but we made good progress,” said Hammerton. “To get P19 in the second race was a highlight and I had some good battles so there are plenty of positives to take from that, it was just a bit unfortunate that some contact at turn two in race three dropped us back a bit.

“It was tricky with the weather conditions, particularly in race one when we had slicks on in the damp, but overall I’m really happy with how things went.”

“It was a weekend of ups and downs,” reflected Rivett. “Qualifying went well with the weight on the car and we had a good opening race, but then in race two, I messed up at the start and spun it up a bit and ended up at the back.

“Race three, however, was a great way to finish it off as I was able to really get stuck in and it was fun racing. On the first lap, I did about seven cars in one go into the hairpin but then got forced wide and lost them all again, but I fought back up the order and had a good race at the end with Jess Hawkins. I thought I could get her on the run to the line and she just forced me onto the grass – but that’s racing.

“Of course I’d like to be higher up the grid as I’m used to running at the sharp end of the grid but we have something to build on and I have a lot more confidence to take to Brands Hatch.”