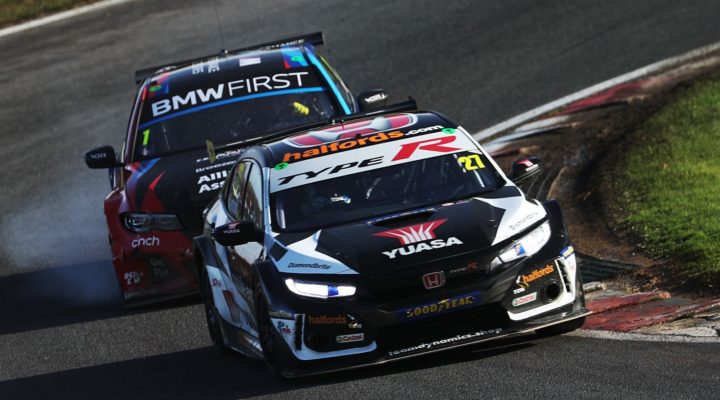 Colin Turkington has been penalised by the addition of two seconds to his overall race time in Round 26 of the Kwik Fit British Touring Car Championship after gaining an advantage under yellow flags.
Dan Cammish has subsequently been promoted to third in the final classification, with Turkington now fourth.
Updated Drivers’ standings (with 22 points still on offer in the final round):
Sutton 340
Turkington 329
Cammish 320