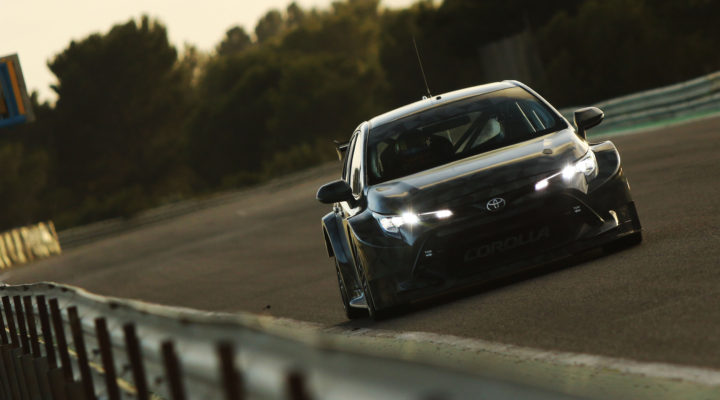 In addition to fighting for Drivers’ glory, Toyota Gazoo Racing UK will unleash its first genuine assault on the Kwik Fit British Touring Car Championship Manufacturers’ and Teams’ crowns in 2021, following the acquisition of a second TOCA BTCC Licence (TBL) by Speedworks Motorsport from another team.

Having made its BTCC debut in 2011, Cheshire-based Speedworks has run as a single-car entry in the UK’s premier motor racing series since 2014, going on a giant-killing spree with its trusty Toyota Avensis – a stellar effort that yielded nine victories, 17 rostrum finishes and back-to-back Independent Teams’ titles in 2017 and 2018 – prior to gaining official Manufacturer status.

That paved the way to a further seven race wins, 15 podiums, two pole positions and five fastest laps with the potent new Toyota Corolla in 2019 and 2020 – on each occasion, entering the final weekend of the season still in contention for overall Drivers’ honours.

Now, for the first time, Toyota Gazoo Racing UK is primed to do battle for all three trophies – Drivers’, Teams’ and Manufacturers’ – in what is commonly regarded as the world’s toughest and most fiercely-disputed tin-top series, with two Corollas set to join the grid for the forthcoming campaign.

Both will sport the instantly recognisable Toyota Gazoo Racing corporate colours – in-line with the Japanese carmaker’s global motorsport activities – with the driver line-up to be announced in due course. The 2021 BTCC campaign will get underway at Brands Hatch in Kent on 3/4 April.

“It’s fantastic to be able to confirm our expansion to two cars this year,” said Team Principal Christian Dick. “It’s a step we have been targeting for a while, and something we knew needed to happen if we were to have a real shot at winning the Manufacturers’ and Teams’ championships in a series as ultra-competitive as the BTCC. It’s tremendously motivating for everybody involved.

“I’m incredibly proud of what we have achieved as a single-car entrant over the past seven years – outperforming and outscoring many teams running two or more cars, which is quite a feat – and I cannot wait to see what we can now accomplish with a second Corolla in the garage. We had arguably the fastest car in the field towards the end of last season, and we are confident of unlocking even more pace from it between now and Brands Hatch.

“Whilst we’re under no illusions about the size of the challenge ahead, we’ve proved we are more than capable of running two cars before, the Speedworks guys and girls are the best in the pit-lane and we have a dynamic new driver line-up that will be unveiled soon, representing an exciting blend of youth and experience. We are immensely grateful to Toyota UK for their ongoing support, and we fully intend to repay that through our on-track performance and results over the coming months.”

“Speedworks has long proved to be amongst the best BTCC  teams, but has been fighting with one hand tied behind its back,” added Scott Brownlee, General Manager, Press Relations & Social Media for Toyota in the UK. “The step-up to a full, two-car team will allow them to take the battle to the other Manufacturer teams with both hands.