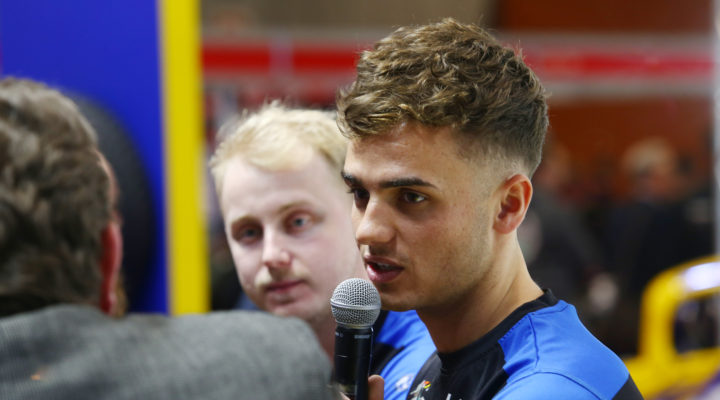 Millard, from Horsham, West Sussex, will be embarking on his tenth season in the BTCC and brings a wealth of rear-wheel drive experience and success after being a part of the 2017 and 2019 championship titles.

Further to the change of engineer, Moffat is also having a new Infiniti Q50 being built for him by Team HARD. Racing, which follows the commercial partnership announcement between Laser Tools Racing and the Kent-based squad.

“For 2021 the guys and girls at Team HARD. Racing are building me a brand-new Infiniti Q50 and I can’t thank them enough,” said Moffat. “A fresh car is always a benefit to a driver, especially this season with so many new cars joining the grid. It was important to leave no stone unturned which is why we have brought in Dan.

“Dan is already proving to be a great asset to the team and has highlighted a couple of areas on the data where I can improve to take full benefit of the Infiniti’s rear-wheel drive strengths.

“The simulator is due to arrive any time now and I can’t wait to get behind the wheel and put into practice what we have already discovered, hopefully finding a few more areas where we can improve.

“We have a clear goal and a detailed plan on how we are going to achieve our goals this season, and this is just the start of our journey together as we look to move up the grid in 2021.”

“I think Aiden has great potential,” commented Millard. “He’s a young driver who’s been in the championship for a few years now and is a proven race winner. He’s dedicated, and I can see he’s motivated to improve every aspect of his race weekend. I’m really looking forward toworking together and seeing what we can achieve.

“Our preparation has already started. We’ve been going through data from last year, highlighting areas of improvement, setting goals and putting plans in place to achieve this. Once we’ve finished this phase, we’ll begin our simulator program that builds up to pre-season testing which will hopefully take place in April.”