Saturday (5 November) saw the TOCA Night of Champions draw the curtain on the 2022 Kwik Fit British Touring Car Championship, as drivers, team personnel, and other guests donned their Sunday best for the crowning of this year’s champions.

The paddock assembled for the final time in 2022 to celebrate all the BTCC trophy winners, as well as the support series champions.

The first of the BTCC success stories to claim their prize was this year’s Engineer of the Year, Bristol Street Motors with EXCELR8 TradePriceCars.com’s Spencer Aldridge…

First introduced in 2016, the ‘BTCC Engineer of the Year’ award celebrates the successes of the Chief Engineer behind the Championship-winning car and, having worked with Tom Ingram throughout his BTCC career, the connection between this pair has proven to be title-worthy in 2022.

“Spencer is really like no one else I’ve ever worked with,” said Ingram. “His work ethic is absolutely second-to-none, he’s got an enormous drive and desire to win, but will back that up with putting the hard work in as well and I think that inspires everyone in the team.

Called to the stage next was the Independent Teams’ Champion, Rich Energy BTC Racing…

The fight for glory in this year’s Independent Teams’ Championship was as ultra-competitive as ever, and there were two teams that rose above and kept one another honest until the final chequered flag fell at Brands Hatch.

Rich Energy BTC Racing quickly established itself as a frontrunning Independents’ squad in 2022, with Josh Cook leading the way, while Jason Plato and Jade Edwards backed up the teams’ efforts with impressive performances throughout the campaign, claiming a maiden Independent Teams’ title for the Brackley-based outfit.

This year we saw a new brand join the BTCC bill, as NAPA Racing UK embarked on its first campaign in Britain’s premier motorsport series. The Motorbase Performance-run outfit proved it was a force to be reckoned with, clinching the crown in one of the fiercest title fights in the BTCC, as highly skilled and experienced manufacturers take on the professional and pacy independent outfits, with teamwork and consistency vital to any challenge.

Challenged by the likes of Team BMW and Bristol Street Motors with EXCELR8 TradePriceCars.com during the season, the Teams’ titleholder was hard to predict, but steady scoring and a hugely impressive performance for NAPA Racing UK drivers Ash Sutton and Dan Cammish in the second visit to Thruxton – where pole position and a race win for Cammish preceded a first-ever 1-2 finish for the team – gave the Wrotham-based squad an advantage their rivals couldn’t match.

With new rivals joining the fray this year, the Bavarian marque’s challengers proved potent in the initial events, but BMW would hold the advantage from mid-way through the season onwards.

Particularly impressive points hauls at Knockhill and Snetterton accentuated another strong year in which BMW underlined its dominance in the Manufacturers’ battle.

Bobby Thompson, this year’s Jack Sears Trophy was next to grace the stage…

The Jack Sears Trophy once again gives us the chance to celebrate drivers who have not stood on the podium before the start of the year and this year we saw a pair of drivers embroiled in a close race for glory before the eventual champion of the 2022 season rose to take the honours.

In a campaign that not only saw his maiden overall podium result, Bobby Thompson very nearly outscored his previous three seasons combined, cementing his pace and potential with 12 JST victories and a further 14 top-three results in the category.

Bobby was regularly fighting for overall points throughout the season and sealed an unassailable points lead in the penultimate race of the year, having clinched his final two JST victories in Brands Hatch’s opening two rounds.

Thompson soon returned to claim his third-place trophy in the Independent Drivers’ Championship, with Adam Morgan second in the title fight, before Josh Cook took the crown…

Outscoring a number of more experienced drivers within the BTCC during the 2022 campaign, Autobrite Direct with JourneyHero’s Thompson sealed third place having secured 11 rostrum finishes in the class, and bagging consistent results throughout the year.

Car Gods with Ciceley Motorsport’s Morgan had an impressive year in his second campaign in the rear-wheel drive BMW 330e M Sport. His strong performance resulted in a notable eight wins, six second-place finishes, and a further hat-trick of third-place rostrums and, although a smattering of retirements curtailed his title tilt, the 34-year-old was able to seal the runners-up spoils in the Independent Drivers’ Championship.

After opening his campaign with 12 successive rostrum results in the class, this year’s Independent Drivers’ Champion comes as little surprise.

Tallying five overall victories – a record only bettered by overall champion Ingram – Cook has been a frontrunner throughout the year, and is one of the few drivers to only finish outside of the points-paying positions on one occasion.

It’s quite safe to say Cook has been a dominant force in the chase for Independents’ glory in 2022, grabbing 12 wins, six second-place finishes, and a further six third places.

Showing progression year-on-year during his BTCC career, this young man is edging ever closer to claiming a maiden BTCC title.

Having secured this year’s Goodyear Wingfoot Award for his remarkable qualifying performance, as well as more podium finishes than any driver on the grid this year including three race victories, Jake Hill has proven an impressive affinity with his WSR-run BMW 330e M Sport.

The ROKiT MB Motorsport driver racked up a particularly impressive 25 top-ten results throughout the season and headed into the finale just five points off the summit of the standings. Jake’s pursuit of the crown continued at Brands Hatch, where he bagged two podiums, and his entertaining, no-holds-barred driving style has wowed fans throughout the year and also rewarded him with his highest-ever finishing position, with third place overall.

Despite having to adapt to a new team and front-wheel drive machinery for 2022, a trio of wins and nine further podiums reflects the skill and class of three-time champion Ash Sutton.

While fate denied him that all-important maiden victory for NAPA Racing UK during the first half of the year, Ash kept himself at the sharp end with a string of top tens and rostrum results, before he finally took the win at Knockhill.

Two further wins followed at Snetterton and the second visit to Thruxton – notably in his 200th BTCC race – and a consistently strong performance during Brands Hatch’s finale elevated him to second in the standings as the sun set, but a record-equalling fourth crown wasn’t on the cards on this occasion and the 2022 BTCC Drivers’ Championship runner-up is Ash Sutton.

Rounding off the awards presentation, the 2022 British Touring Car Champion claimed his crown…

The 2022 campaign gave us one of the most unpredictable Drivers’ Championship battles in recent memory, with three of the four title contenders heading into the finale with just seven points separating them – the closest margin since 2011 – and, after an incredible effort throughout the year, we saw Tom Ingram take a maiden overall title and become the 65th champion in the BTCC’s illustrious history.

In his second season in the EXCELR8 Motorsport-run Hyundai, Tom stated his intentions on the crown with a race win in the opening round. A brace of podium finishes followed before he would next grace the top step, which he did in style, converting pole position to a pair of lights-to-flag victories at Oulton Park.

Only dropping out of the top ten in one round from Croft onwards, Tom kept himself at the sharp end and headed into Brands Hatch’s season finale occupying third in the standings.

Not one to back down with silverware in sight, the 29-year-old repeated his Oulton Park feat, following up pole position with a double win. In fact, he produced such a commanding performance that his championship points tally at the conclusion of Round 29 would’ve still awarded him the crown.

The celebrations continued throughout the evening, with dinner, dance, and magical entertainment alongside the glittering trophy proceedings, as everyone in the paddock rewarded one another’s achievements and efforts throughout this year’s campaign before the hard work for 2023 gets back underway! 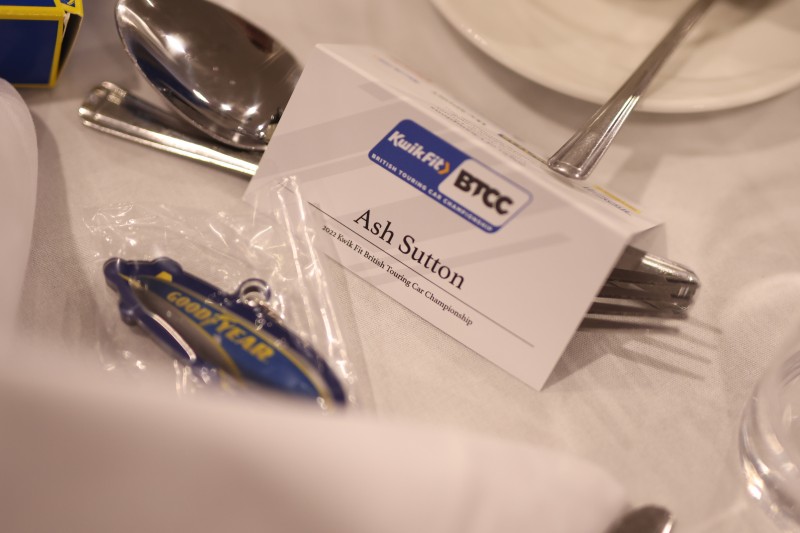 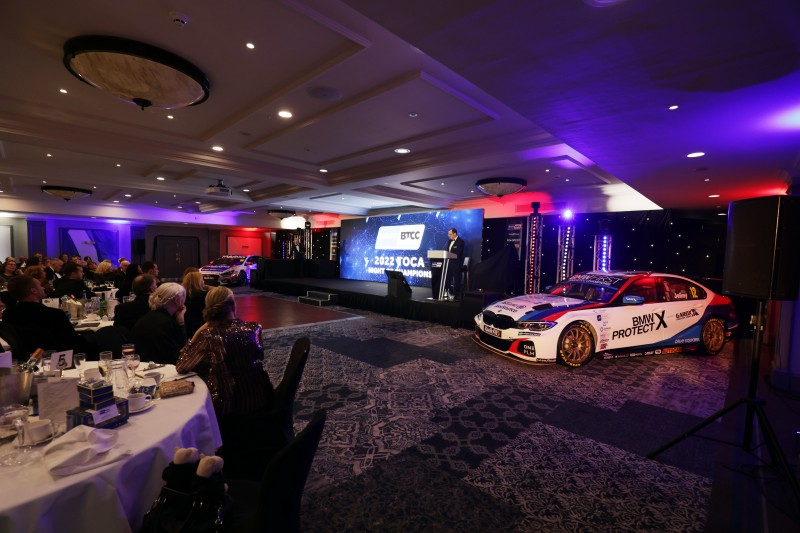 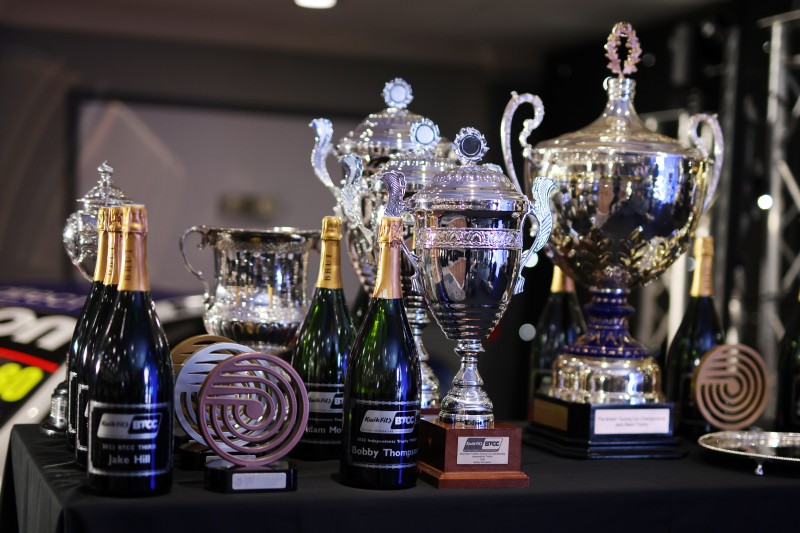 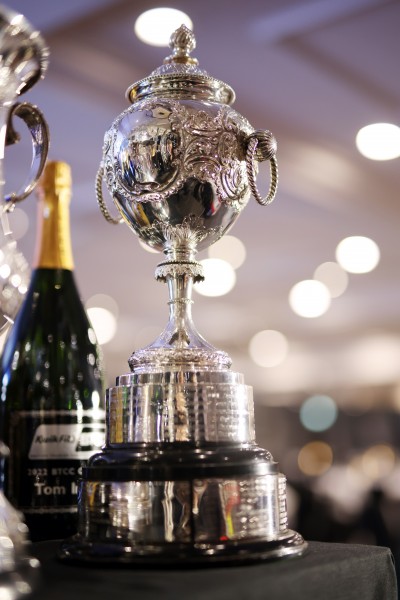 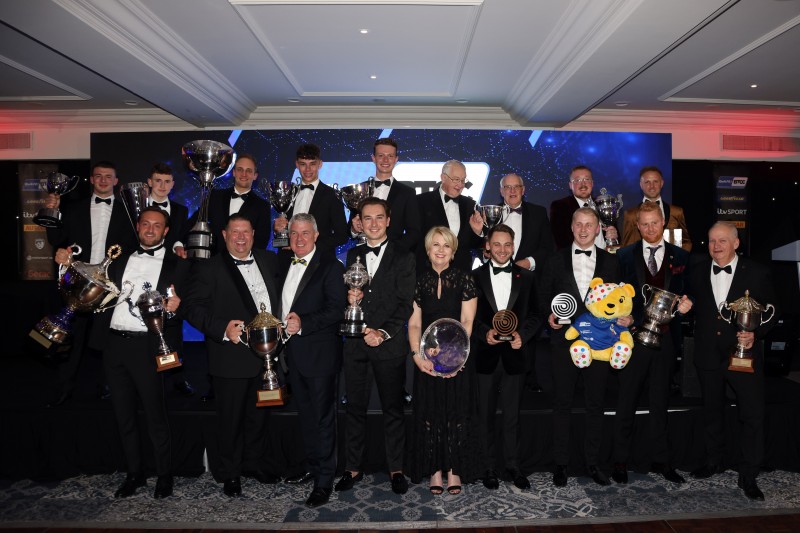 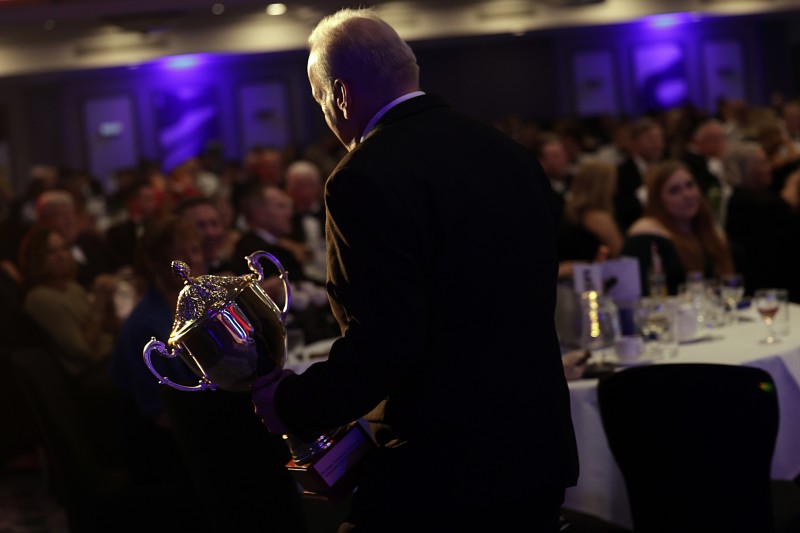 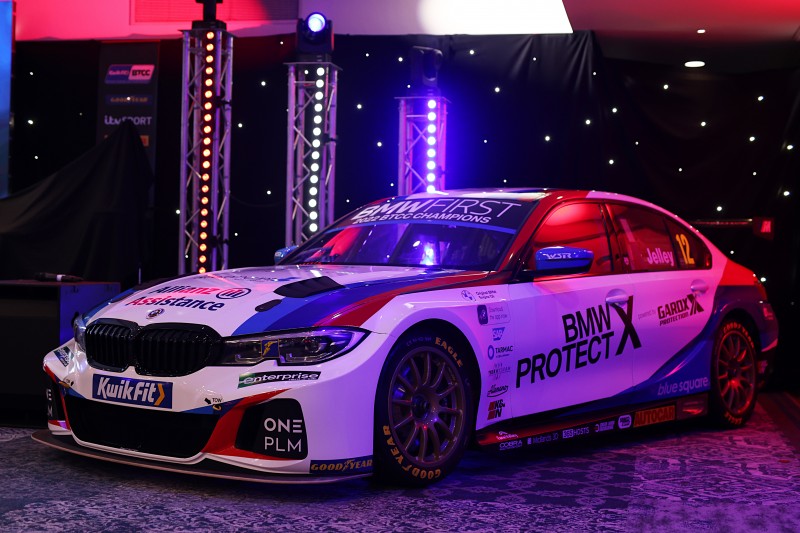 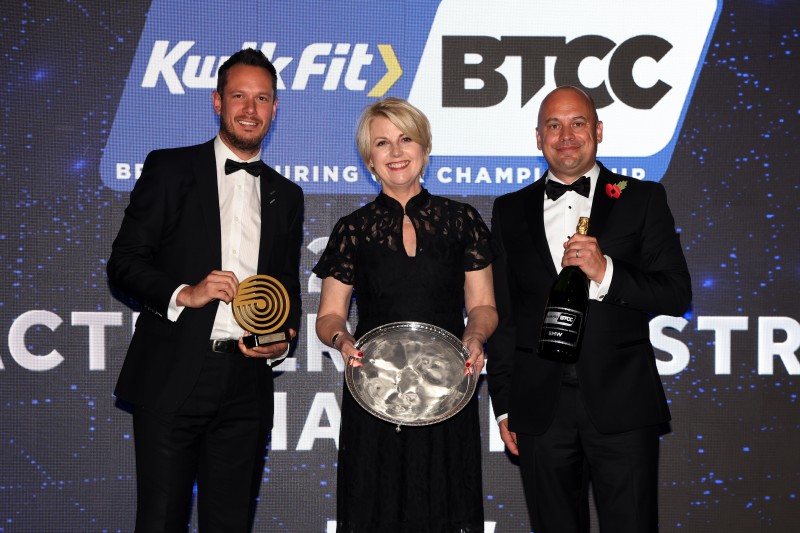 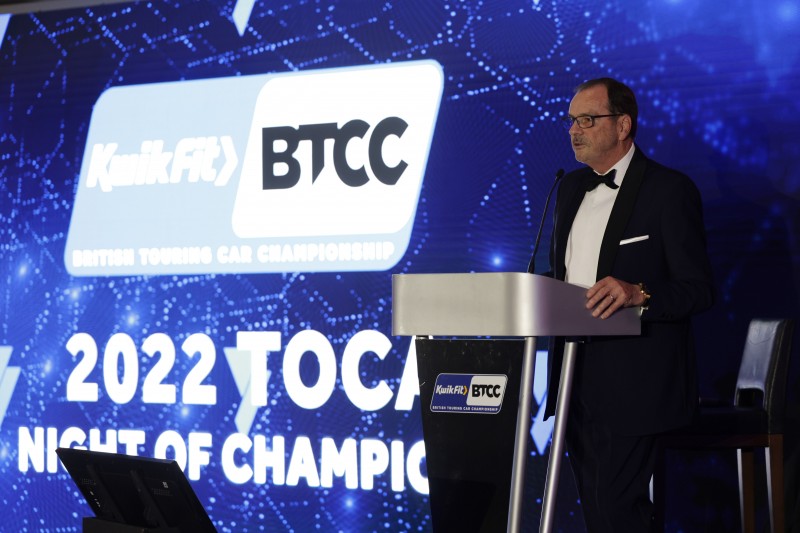 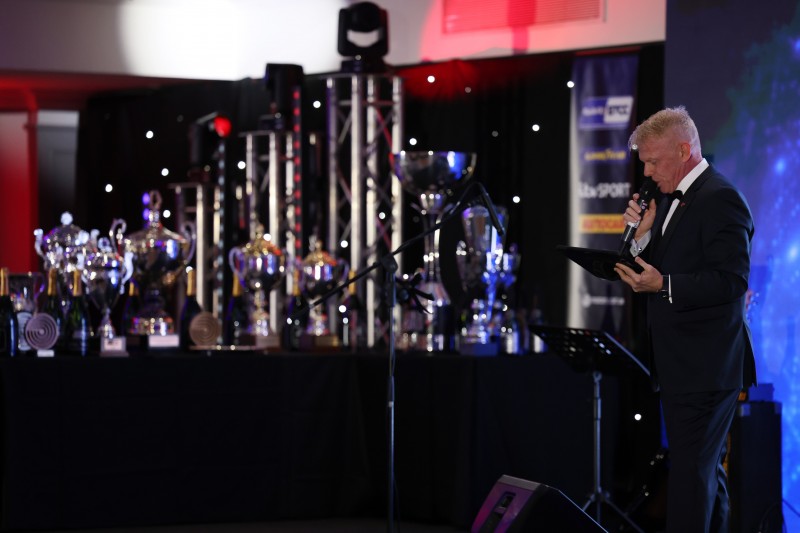 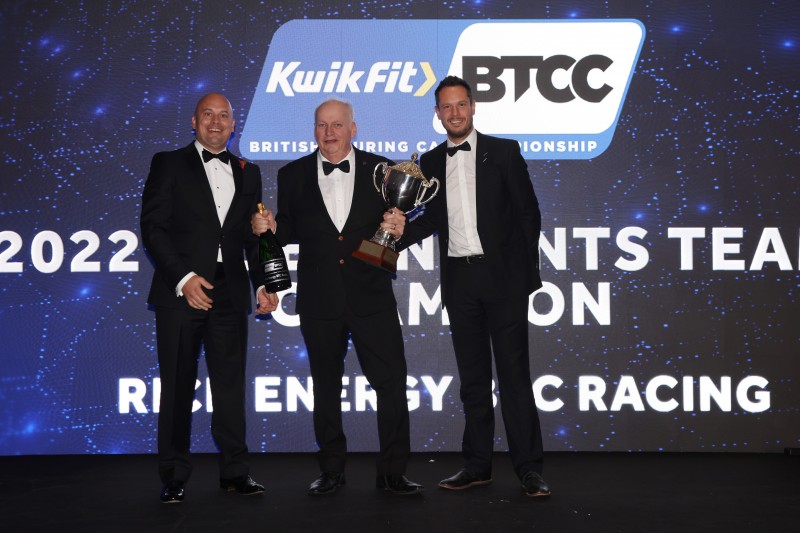 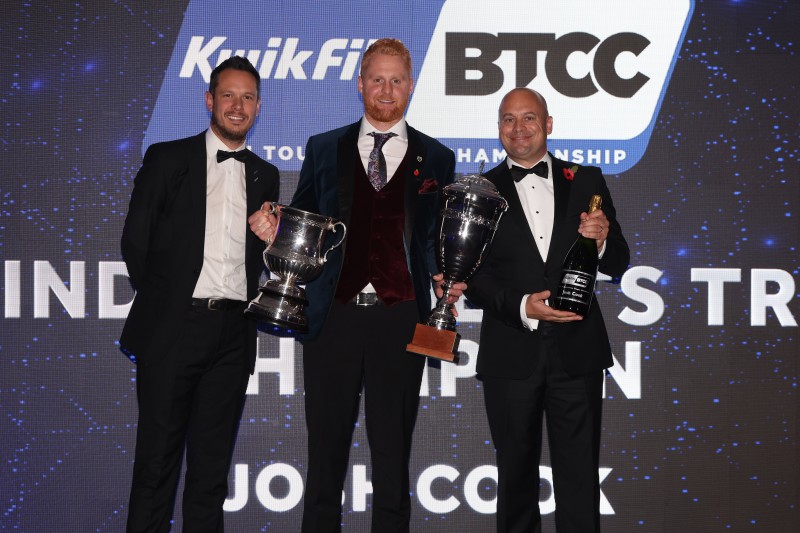 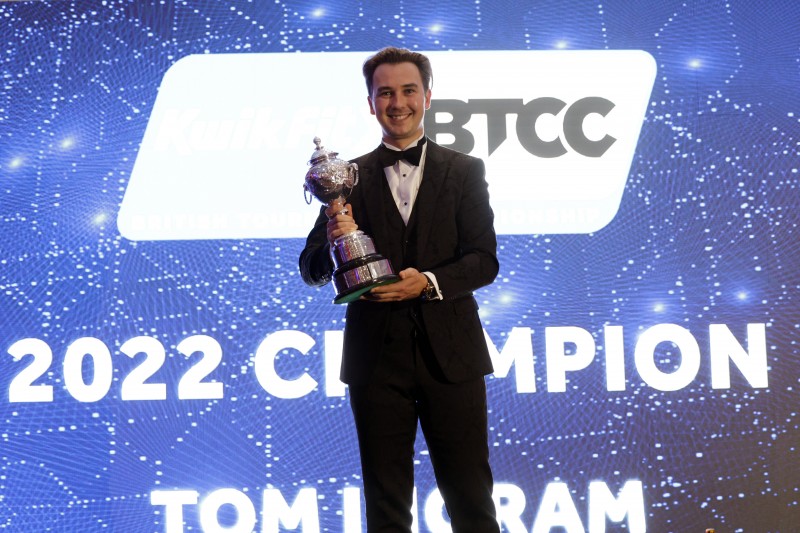 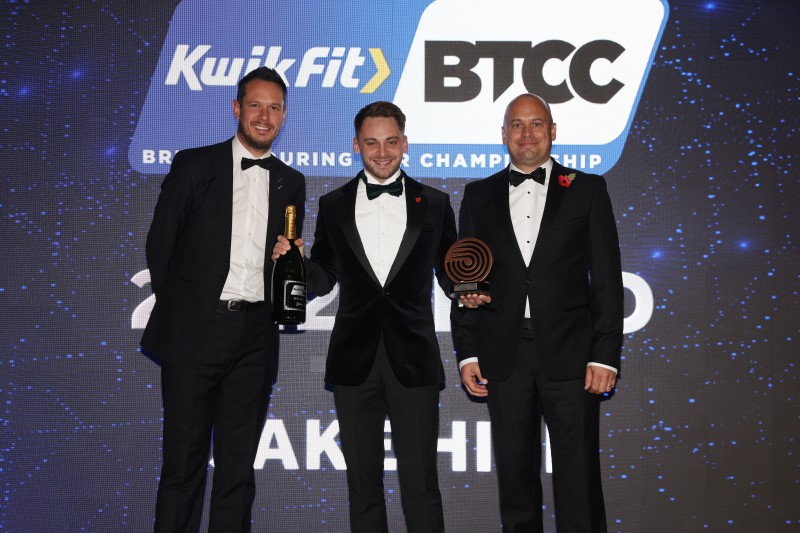 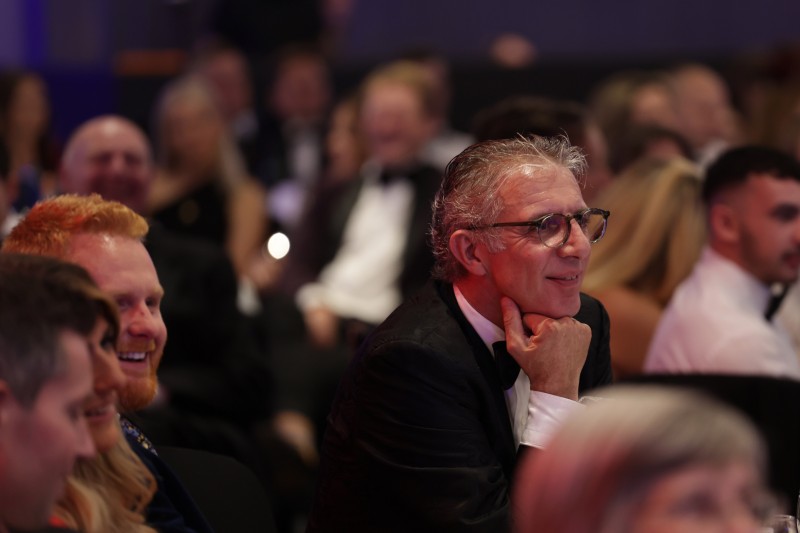 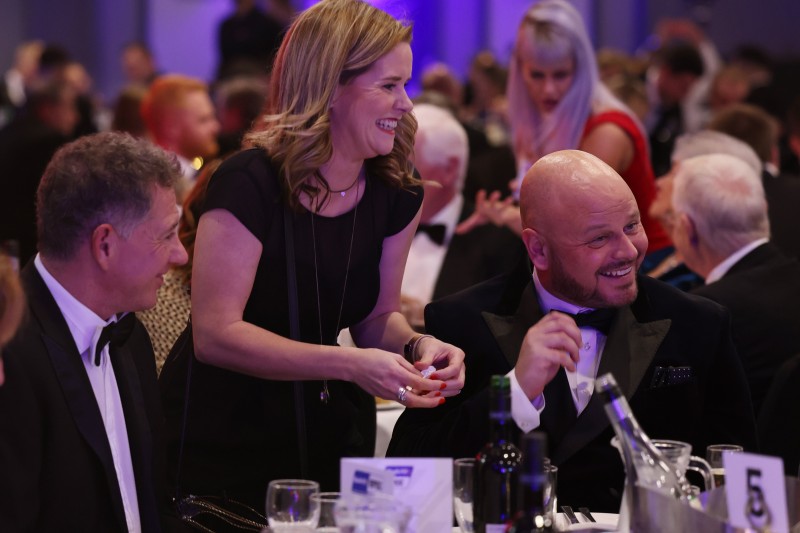 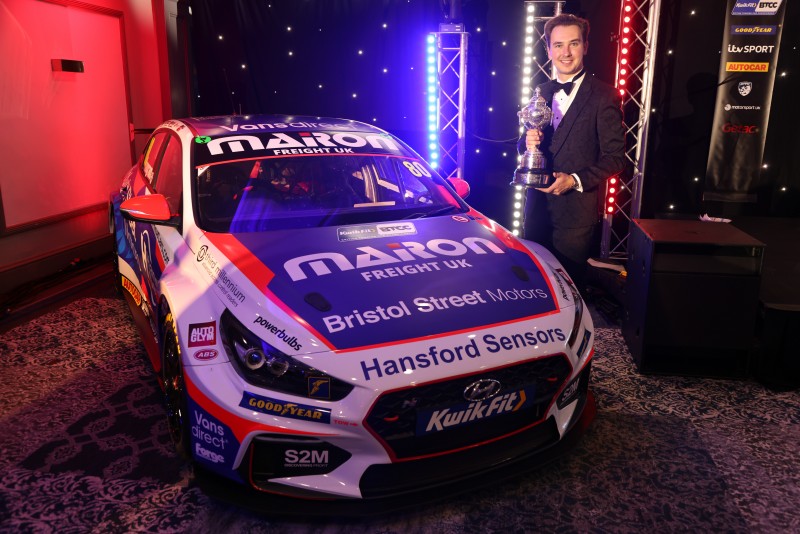 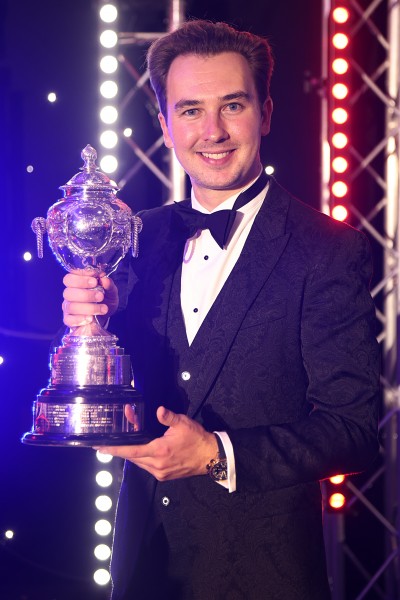 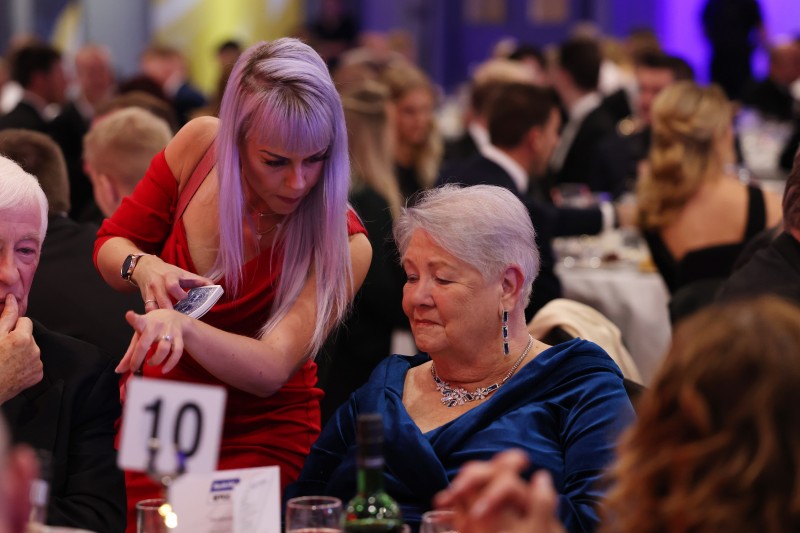 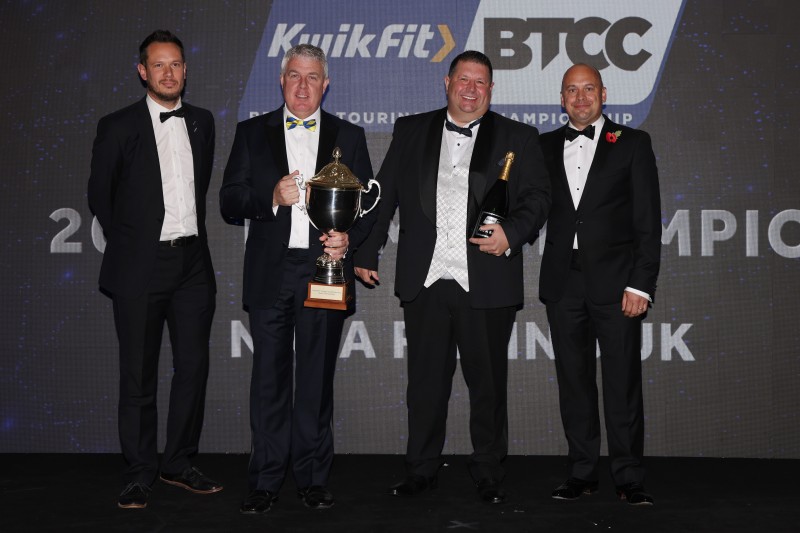 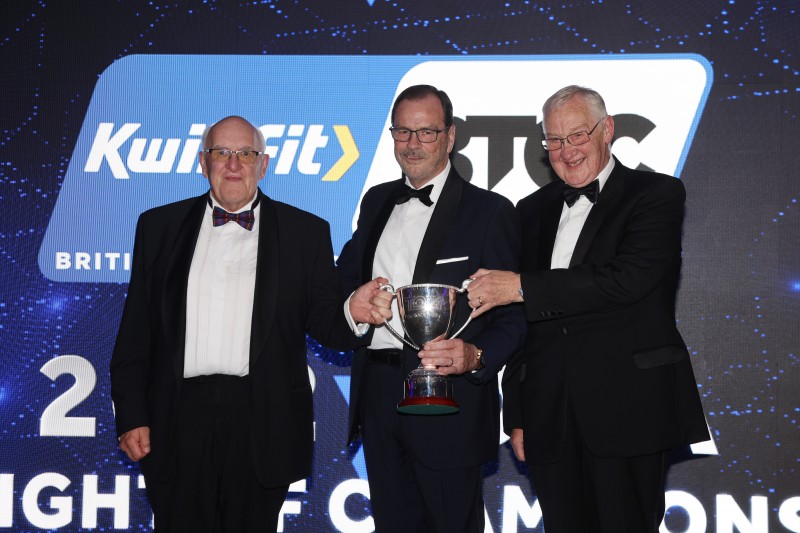 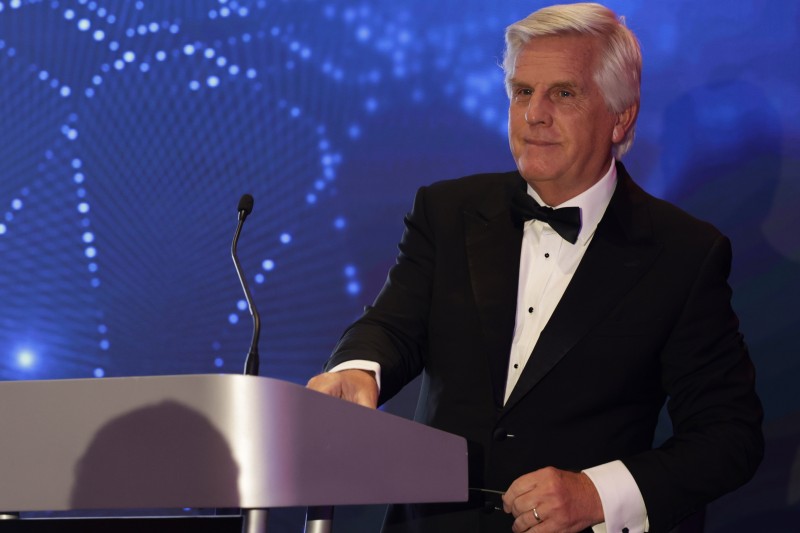 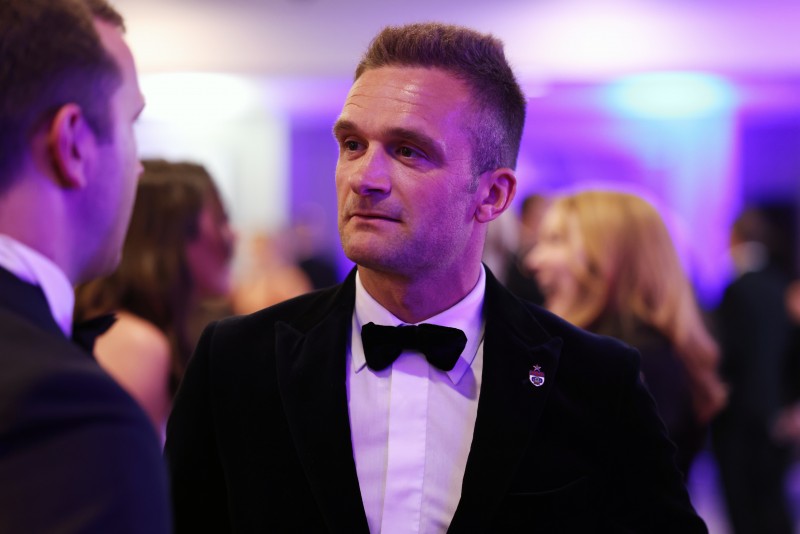 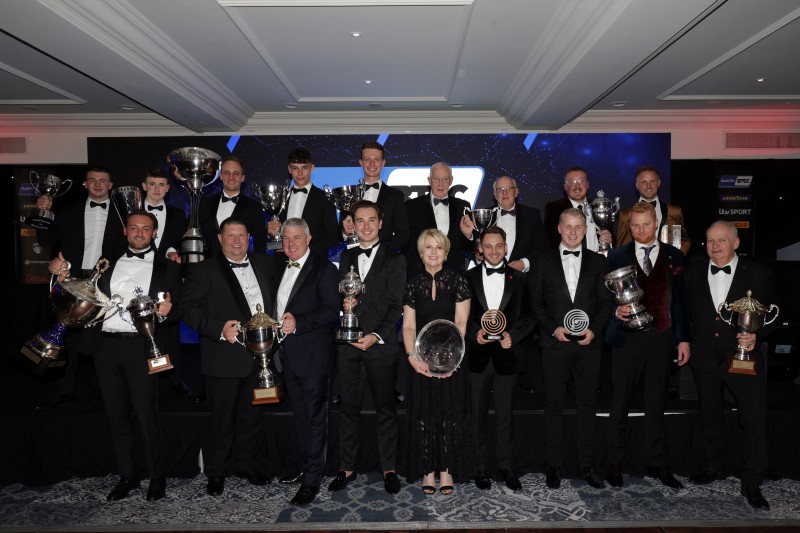 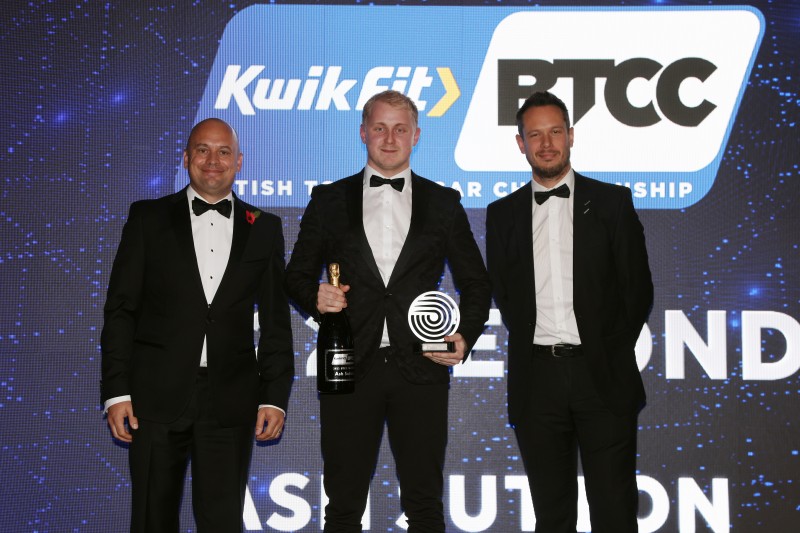 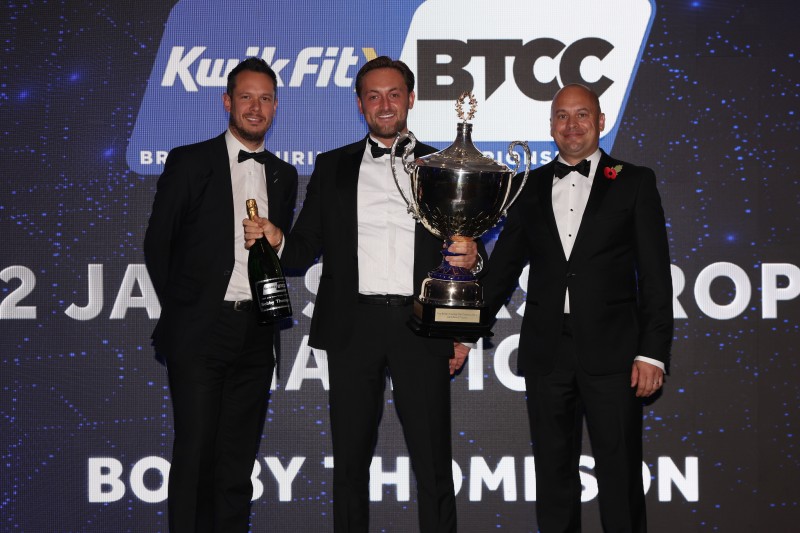 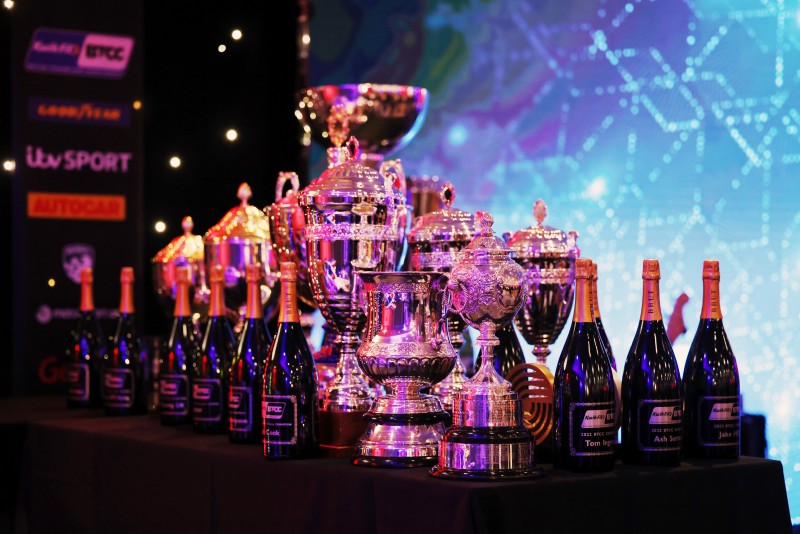