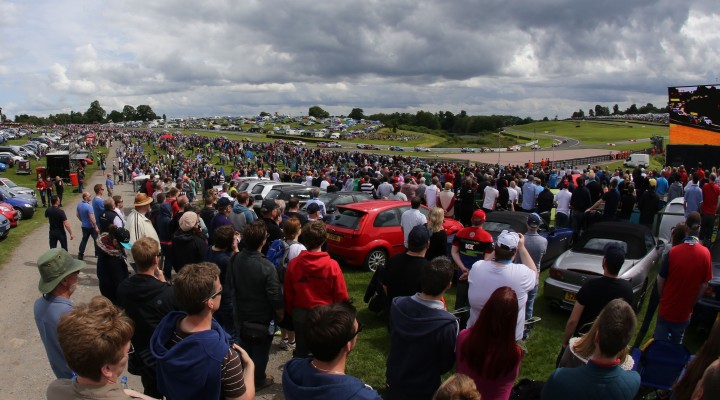 The number eclipsed last year’s record figure by some 2,500 people and circuit owners MotorSport Vision has confirmed it’s the highest attendance for any car racing event since they took ownership of the venue a decade ago.

Hordes of spectactors began descending on the circuit, and in particular the campsite, as early as Thursday and again during the support race test day. The weather was extremely kind on Friday, but things took a dramatic turn with monsoon like conditions on Saturday morning. The weather continued to fluctuate between sun and rain throughout the weekend but that didn’t stop the loyal BTCC fans from filling up the banking and other vantage points to see Britain’s best motor racing series. The festival atmosphere was there for all to see with families and friends enjoying not only the racing but also the other entertainment on offer at the circuit.

Everyone involved in the Dunlop MSA British Touring Car Championship would like to thank you for the magnificent support!